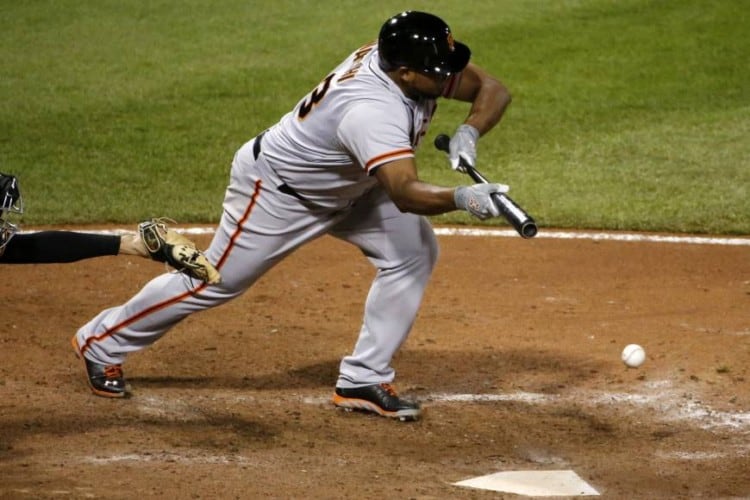 Players in baseball will bunt instead of swinging fully mainly for strategic reasons, such as to move a baserunner. However, some hitters are able to get base hits from a bunt because they have perfected bunting mechanics. They’re also aware of bunting strategy – why you bunt, and when to bunt. Some players are so good at bunting the ball that they will try it even when it’s not strategically necessary.

Bunting is a special technique in baseball and is often referred to as an art. It involves place hitting a ball onto the infield grass between the pitcher and catcher. Some of the best bunts are placed in such a way that it causes confusion in the infield. In some rare cases, no one ends up fielding a bunt because too many infielders were able to field it, leaving it and watching it roll slowly to a stop, resulting in a base hit or error.

It’s important to know ahead of time how good the infielders are on the opposing team. Hitting towards a fielder with a weak arm or with poor reflexes can turn a bunt into a base hit. To place a bunt well, remember to avoid common mistakes like hitting the ball early or waiting too long to make contact. Let’s take a look at each of these and see in which situations which is best used and tips on how to be successful in every bunting opportunity at the plate.

Sacrifice bunt: Move Up in the Box

A sacrifice bunt is made in order to advance a base runner, and the batter, in turn, “sacrifices” his at bat and is thrown out at first base. A sacrifice bunt, like a sacrifice fly ball, is made so a runner can get into scoring position, usually second base. Other types of sacrifice bunts are safety squeezes and suicide squeeze plays.  There’s either no outs or only one out when a player hits a sacrifice bunt. 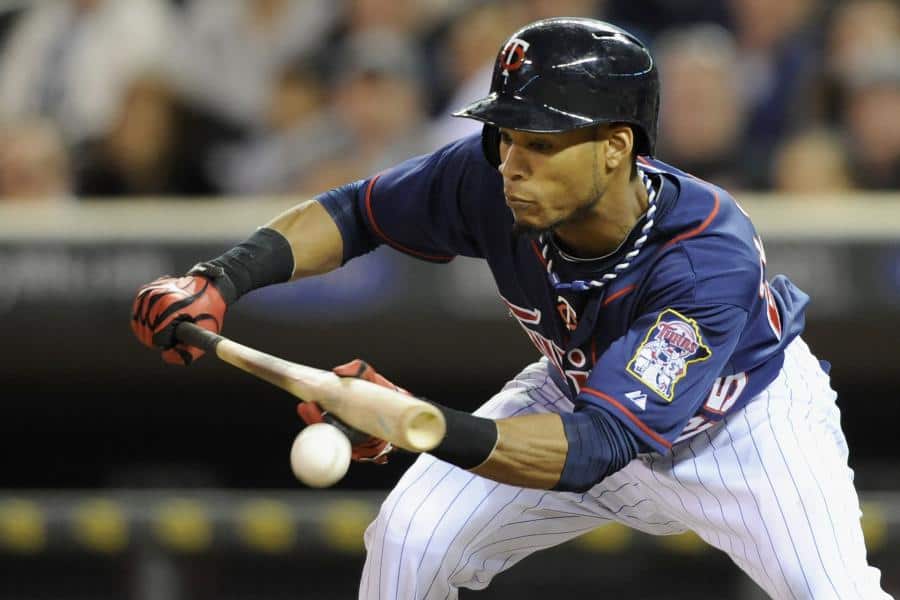 It’s a good idea to move up in the box when executing a sacrifice bunt. When you move up, you’ll have more fair territory to bunt the ball. You can then place it to whatever part of the infield that is far enough away so the runner can advance.

Starting in a normal batting stance, rotate your back foot so your body is squarely facing the pitcher.  Slide your top hand up the barrel of the bat to the trademark, getting you into proper position. Move your hand up to end about halfway up the barrel, holding it between your thumb and index finger so you can place your hit. Keep your knees bent,  lean forward and place most of your weight on your front leg.

Squaring Up to Bunt – Sacrifice Bunt Before the Windup

Ideally, a bunt is most effective when the opposing team doesn’t know you’re going to do it. There are times in a game when a bunt play is obvious, and the only way the defense knows you’re going to bunt is when you set up in bunt position from the start.

Squaring up before the pitcher goes through his windup can be done if you know that it won’t be disadvantageous to do so. If you are going to bunt to third, for example, and you know the third baseman is not a good thrower, you can get into bunt position off the top, knowing it won’t make a difference.

Squaring Up: Sacrifice Bunt After the Windup

The second way is to stand in a batter’s stance and switch to bunt stance after the pitcher has committed to his pitch. You’ll want to square up into a perfect bunt stance at the moment before the ball leaves the pitcher’s hand. 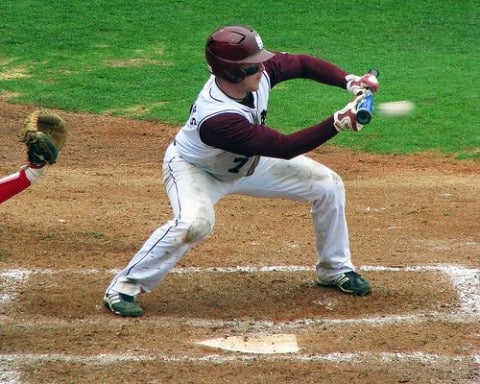 After the first pitch, you have let the defense know you’re going to bunt, and you may decide not to wait until after the windup before squaring up.   It’s important here to know where you will place your feet when you change from a hitting to a bunting stance.

Turn your feet and shoulders so you are directly facing the pitcher. Make sure not to put your foot on home plate or you will be called out when you hit the ball.

It happens from time to time that when a batter squares up, the pitched ball hits either the thumb or index finger that’s cradling the bat, causing painful stinging. You want to avoid this from happening at all costs. Hitting the ball in a squared position properly will help you avoid getting stung.

The best type of pitch to bunt is one that is square in the strike zone. Some pitchers who know you are going to bunt will intentionally throw pitches above or below the strike zone, or inside, making it harder for you to place a good hit.

First, make certain that when you square up, you’re holding the bat across your body at the top of the strike zone. Consider this point to be the highest hit you’ll try to bunt.

All you really want to do when bunting the ball is to catch the ball with the bat, instead of slapping at it. The best bunts travel down the third or first base line between 10 to 20 feet. 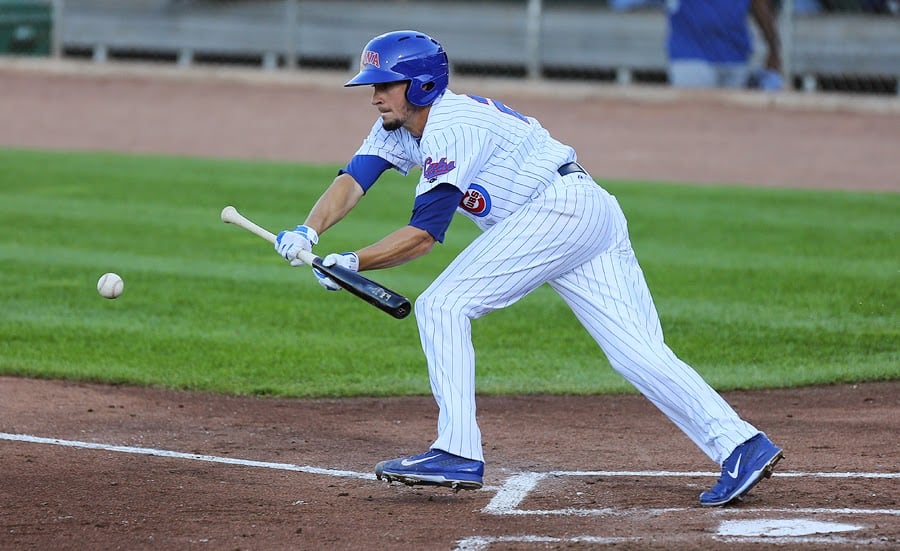 When a right-handed pitcher is throwing, a drag bunt can be your best option because the pitcher veers off to the first base side after his windup. Changing his momentum in this position is difficult and it will be hard for him to make a play on a bunt hit

because he’s off balance.

It’s important here to be in a normal hitting stance and to square up only after the pitcher has wound up and is committed to his stance.

Always try to bunt the baseball as near to the third base foul line as possible. It’s better to have a bunt go foul than to hit it right back to the pitcher. You’ll still have at least one more chance to bunt the ball successfully.

Always start assuming your normal batting position in the batter’s box. The pitcher winds up and now bis momentum is approaching home plate.

Remember not to take a crossover step to hit a drag bunt. Simply move your left foot closer to the plate without touching it to place hit the ball.

A push bunt is done when the pitcher is left handed. Similar to choosing a drag bunt, a left handed pitchers body will fall off the mound in the direction of third base. This opens up a bunting lane towards second base. 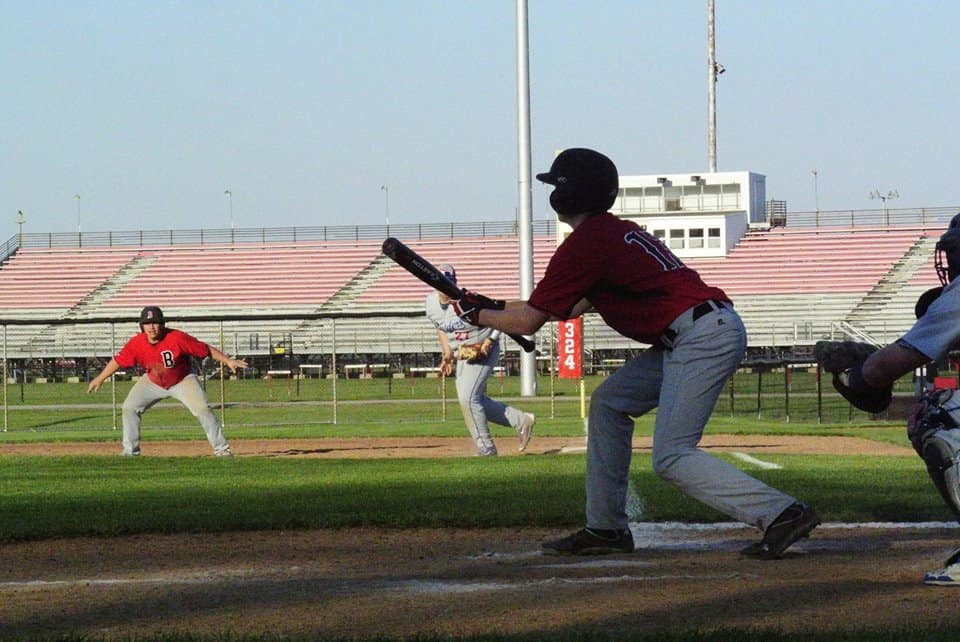 If you’re a right handed batter, execute the push bunt in this way:

If the push bunt is executed properly, it’s very hard to field. Not only can you help move the lead runner into scoring position, you can likely get a base hit out of it as well.

If you’re a left handed batter, there is different footwork and body movement required in the batter’s box to hit the ball between first and second base. There are two basic steps to accomplishing this bunt.

The mechanics are the same for left handers as they are for making a drag bunt. Keep your hands away from your body, make sure the barrel is above the knob of the bat, and hit the ball at the top of the strike zone.

Now, do either of these:

The first approach above has less body movement (feet don’t cross over), and may be preferred, but each left handed batter should practice each approach to the push bunt and decide which one he’s more comfortable doing.

A squeeze bunt is used when there is a runner on third and there’s one out, and you want to bunt the ball in such a way that will make the third base runner score at home. There are two types of squeeze bunts: the suicide squeeze and the safety squeeze.

In a safety squeeze situation, the runner on third will not break from home unless he sees the bunt has been successfully laid down and he can’t be tagged out. It’s important that the bunt is made in such a way that the pitcher cannot field the ball.

A suicide squeeze is different from a safety squeeze bunt, because the runner starts running from third to home before the ball is bunted.  If you are unable to make contact with the ball, the runner will most likely be tagged out at home. Make sure your bunting skills are in top form before attempting a suicide squeeze hit. 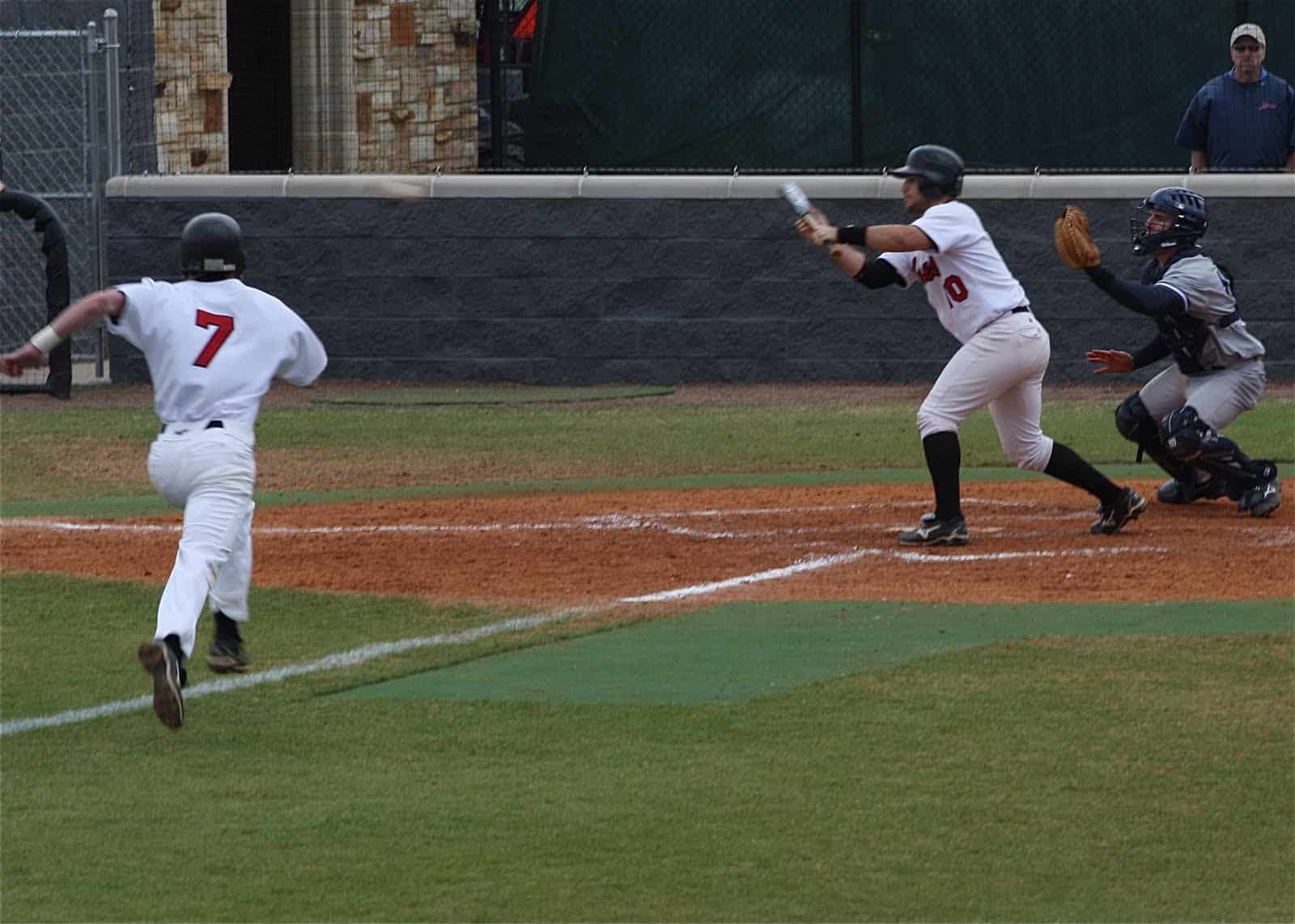 Remember not to pivot into position until the pitcher has reached the point where he can’t change the direction of his pitch.  The runner is waiting until the pitcher’s arm has come forward before he begins his sprint to home.

At minimum, you’re required to make contact with the ball, but your primary concern is where on the field you will hit it. A successfully placed bunt in a suicide play is very difficult to field.

A suicide bunt is usually called for when the game is in late innings and your team is behind. There are two outs and there is a runner at third, and it’s a “now or never” situation for your team to score. It’s also assumed that the batter will be thrown out at first, after the runner has scored from third.

A squeeze play is a sacrifice hit, and if you are successful placing the ball on the ground it won’t be considered an at bat. What’s most important is that you as the batter make contact with the ball, placing it anywhere in the infield between player positions. It is not where you place hit the ball to the infield, but rather that you actually make contact with it.

If you make contact with the ball, the runner will be close enough to home plate, making it next to impossible for him to get tagged out at home.