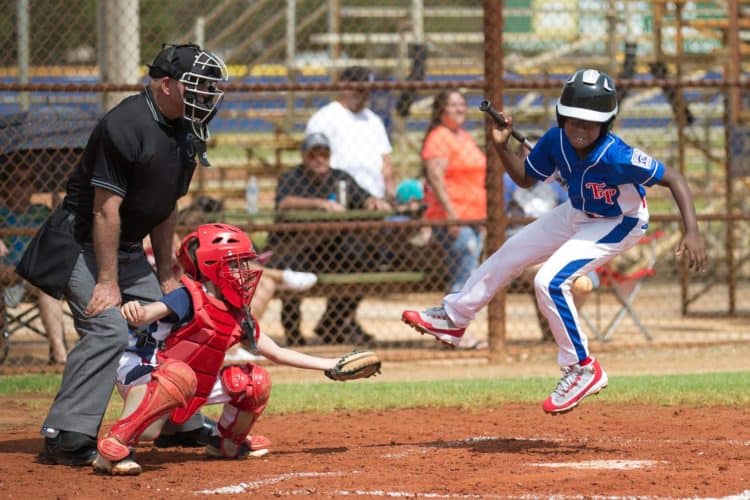 The Major League Baseball rule book addresses a lot of different situations between the pitcher, the batter, and the catcher. Pitchers will hit the batter with a pitch, either unintentionally or on purpose. There are consequences when batters are hit; hitters will be awarded first base when they are hit by a pitch that is out of the strike zone. But what happens if the batter does not want to go to first after being hit, but instead chooses to remain at-bat?

Can you refuse a hit by a pitch? While there is no specific ruling in the rule book, the umpire can call a strike against a batter hit by a pitch if the pitch was in the strike zone. The batter remains at the plate. Rule 5.05 is titled “When a batter becomes a runner.” The rule addresses the two instances when a batter does not become a runner.

A batter is awarded first base unless the following occurs.

Batters do not have the option to refuse a hit by pitch. Instead, the umpire rules whether the batter remains at the plate or walks to first.

So, according to Rule 5.05, one can assume that if a batter wants to remain at the plate after being hit by the pitch, he can either move his body into the strike zone (and remain at the plate with a strike called against him), or he can make no effort to get away from a ball thrown at him.

What Are The Other Circumstances When A Batter Is Not Awarded First Base?

There are a few instances aside from the above reasons that a batter will not be awarded first base when he’s been hit by the pitch.

It is the same when the batter has two strikes, and he swings at the ball and it hits him; in this instance the umpire calls strike 3 and the batter is out. However, this is a rare call, because the hitter will usually check his bat swing and allow the ball to hit him. Letting himself be hit by the ball awards the batter first base, and the umpire calls hit by pitch (HBP).

However, the HBP call is determined by the umpire, who decides whether the hitter is attempting to get out of the way of the ball by not swinging at it.

If the batter hits the ball and the ball hits him, the umpire must decide if the player tried to get out of the way. If he has made the attempt, the umpire will call an HBP and award the batter first base.

A player is never allowed to get in the way of the ball intentionally. For example, the pitch comes in and the batter leans into the ball and gets hit in the head (on the helmet), or his shoulder area.

If the batter hits the ball and it hits him, then the umpire will call a strike. If the player has two strikes against him and a foul tip is made while touching his body, the umpire may rule it as a foul tip. The batter is not awarded first base. 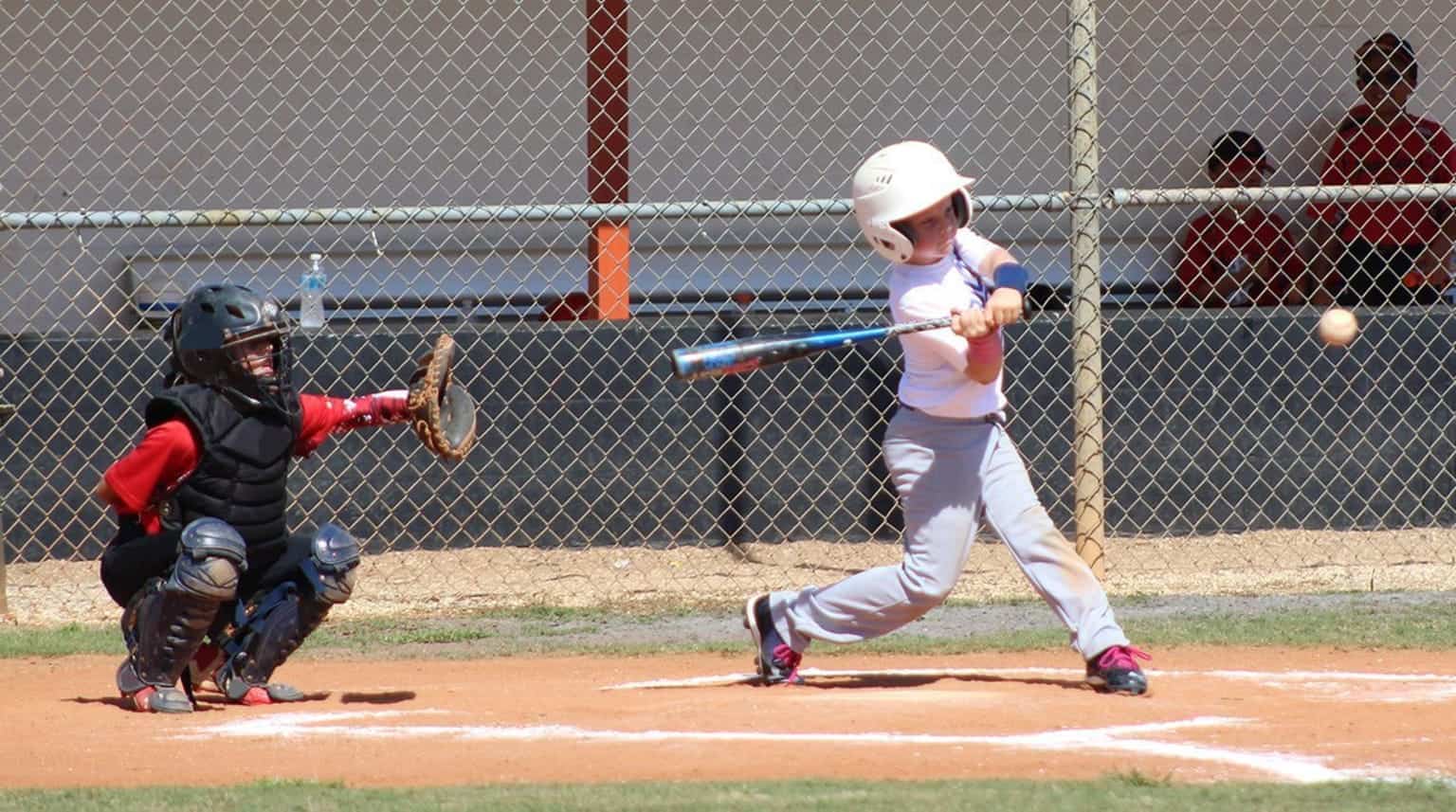 When Is A Batter Awarded First Base?

Anytime a batter is hit by a ball that is out of the strike zone, he is awarded first base and the play goes into the record book as a hit by pitch play. But a lot of fans and even players themselves are unaware of the more subtle aspects of the ball coming into contact with the batter, as follows.

This is not true. The hands are part of the player’s body, not the bat. If a hitter is trying to get out of the way of a pitch and the ball makes contact with his hands, then the call will be a hit by pitch and the player is awarded first base.

This is incorrect. A ball that hits the ground is still a live ball because it was thrown by the pitcher. A dead ball call occurs when the batter swings and hits a foul tip.

If the ball hits the batter after it bounces, the batter is awarded first base and the call is a hit by pitch or HBP.

Assuming that the uniform fits properly, the fabric of the uniform is part of the player’s body, so it does not matter if the ball never made real contact with his body.

When this happens, the umpire calls an HBP and the batter is awarded first base.

Do Hit By Pitch Rules Favor The Batter Over The Pitcher?

In every at-bat, the pitcher exercises ultimate control over the baseball. If he wishes, he can throw a high-speed baseball at almost 100 miles an hour at a hitter, or he can devise more subtle ways to hit him.

Umpires try to be fair in every situation whenever the ball hits the batter. One position is not favored over another. Most of the time, the pitcher unintentionally hits the batter, or the batter himself wants to get hit and moves into the strike zone to cause it to happen.

Both the pitcher and the batter have a variety of choices they can make. The pitcher wants to strike out the batter, or at least make him hit a weak pop fly or a ground ball to the infield.

On the other hand, the batter wants to at least get to first base, but the situation changes dramatically when there are runners on base and there are one or two outs, and his team is behind in the score.

Often the batter will devise ways to move runners up by allowing himself to be hit by a pitch to force a runner on first into scoring position at second base. Every play the batter tries is done for a reason, and every pitch thrown by the pitcher is based on the way the batter hits.

If the opposing team knows, for example, that the batter is a power hitter who usually pulls the ball if pitched on the inside of the plate, the pitcher will throw on the outside part of the strike zone, or he will completely miss the strike zone on purpose so that the hitter will swing at it and either miss it or hit a weak grounder to an infield player.

Batters often know what pitchers are trying to do, and when they realize the pitcher won’t throw them a pitch they can hit, they may try to get hit by the baseball, or step into the strike zone to get hit and be awarded first base.

It has happened a lot that the bases are loaded, and the team is trying to tie the game or bring home the winning run. Batters will intentionally make the ball come into contact with their bodies so they can force the player at third home on a hit by pitch call.

No matter what you think about umpires and the calls they make, umpires know well what the batter is trying to do and knows he may be trying to get hit intentionally. The baseball rulebook covers this situation and doesn’t allow the batter any advantage.