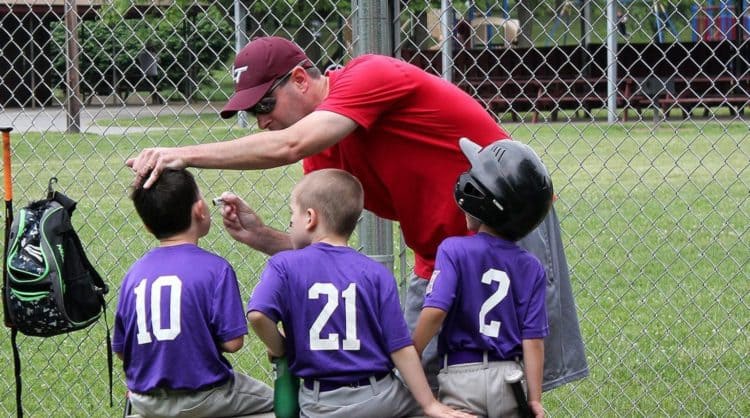 The Little League organization was incorporated in 1964 in a bill signed by then-president Lyndon B Johnson. It is classified as a not for profit corporation and is tax-exempt. As such, everyone who “works” for Little League is considered a volunteer, including umpires, coaches and concession workers. However, from time to time the organization will pay for the services of some employees, and these employees are then classified as independent contractors.

So, can Little League coaches be paid? Technically, they can, but in reality, they aren’t because they’re considered volunteers and as such receive no pay for the work they do as coaches. It is rare to find a coach who gets paid as an independent contractor.

Nor are concession workers paid for the hours they spend dispensing hit dogs, sodas, cotton candy and so on. In fact, the only independent contractor who is paid by Little League, are umpires.

For this article, I won’t differentiate between a “coach” and a “manager.” Coaches are often hired by a team’s manager to help organize practices and drills for team practices and coaching at the first and third baselines during games, but here we’ll assume that a coach is the same thing as a team manager.

What Does it Take to be a Little League Coach?

If you’ve ever thought of coaching a youth baseball team, you’ll have regular duties to perform on a weekly basis during baseball season. You’ll be coaching as a volunteer, which means you won’t be getting paid for your work.

Accepting this fact, you’ll need to decide if the time and effort you’ll need to give are worth it to you. There are a lot of advantages in being a coach, like molding a baseball team out of players you didn’t know at the beginning of the season and seeing the results of your efforts when you have a winning season. 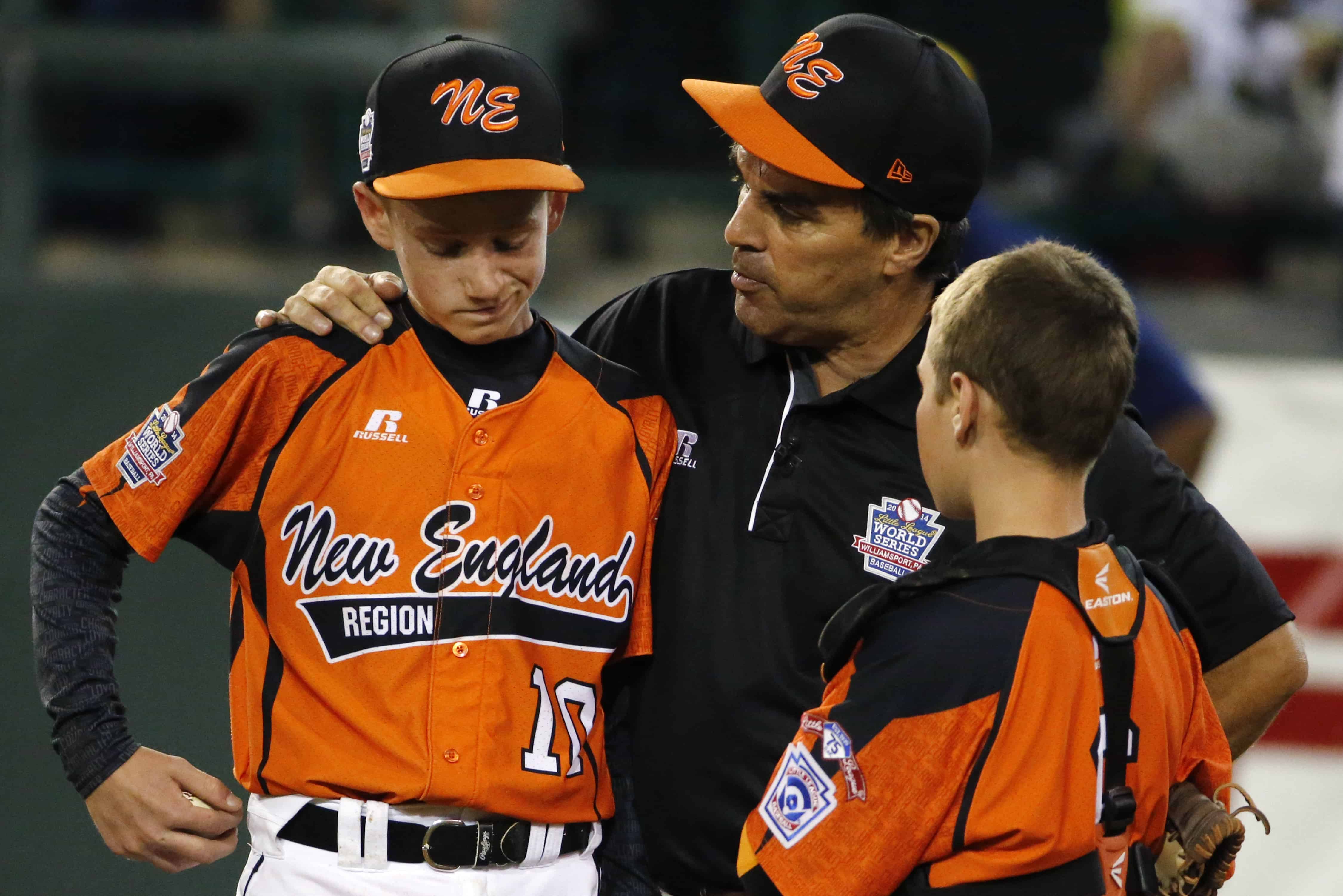 Other benefits include becoming well-known and having some influence in the local community after establishing yourself for a few years. Your love of the game keeps you coaching year after year and the learning process never ends. No coach is perfect, nor do they have all the answers.

You will find online a lot of lofty pronouncements about how you have a sacred duty to properly mold and influence on people’s lives, and how important an impact you make on your players. The fact is, all of it is true, but the way you become an influential coach is not by speaking to kids sanctimoniously or with parables about your life experience they simply won’t understand. In plain terms, the best coaches are the ones who show and don’t tell.

If you’re there for them, if you help them improve the weaker aspects of their playing, if you show them respect and allow them to make their own decisions from time to time (even if you know it will likely be unsuccessful), then you will gain the respect of players and this is when you can exert an active and positive influence on them.

When you approach your coaching job with humility, able to acknowledge your mistakes as well as understanding that being a coach is about the players and not about you, you have a far greater chance of success. Success for a coach isn’t always defined as having a winning season, for real success is when you can see an improvement in players, their skills as well as their attitudes. All the team players want to win ballgames, but losses are accepted better with a solid team coaching base.

The Duties and Responsibilities of a Little League Coach

In your first year as coach, there will be a lot more to do compared to the following years. During the first year, the team has not yet been established. Coaches will get a list of players from their local Little League organization.

Make phone calls to the parents of the players on the list and introduce yourself. Next, arrange for a meeting with the parents and schedule it at or near the time you will normally conduct team practices.

Stress to the parents the importance of getting their kids to practice on time and plan a meeting with them. At the meeting, discuss with parents your coaching philosophy and impress on them as much as necessary that you are the coach, and your decisions at ball games are final. This is critical because parents will always second guess the coach if the game doesn’t go the way they wanted it to, or if their child was not given enough time on the field and hit.

Following the meeting, compose a summary letter discussing your coaching philosophy, and reiterate your expectations as summarized in the meeting. Mail a hardcopy it to each household, rather than email.

Avoid getting on the defensive with parents. Once you start explaining yourself in a defensive manner, you’ve begun to lose their respect and they will always be second-guessing you in every game. Hold your ground with quiet dignity, remind them you are the coach, not them. Assure them that you are also learning and that the outcome will certainly improve.

Remember that coaching is not a democratic endeavor; neither is it a tyrannical one. Make yourself open to criticism and make a mental note when parents (or your players) given you sound, constructive criticism. Acknowledge their critiques of your coaching by saying you will definitely think about their suggestions, and openly acknowledge genuinely good ideas. Do it in a thoughtful manner, instead of becoming defensive, and parents and your players will respect you and assist you to achieve your objectives. Exerting both authority and remaining open to constructive criticism simultaneously is at the core of establishing a leadership role for the team.

Parents should never yell at the coach derisively during the game, nor should they approach the coach with suggestions while the game is going on.

You will need help during the season, so it’s a great idea to find an assistant coach as well as a dedicated “team Mom” to help with the kids, in terms of organizing them, acquiring team uniforms and acting as support secretary and liaison with the league.

How does a Coach Decide which Players will be in the Starting Lineup?

The best approach is to know the competition and know the skills each player on your team has to determine the contributions each one can make. However, especially at the Youth level of Little League, make sure each player has a chance to play and have an at-bat in each game.

This both satisfies the child’s parents (who have invested their own time dropping off and picking up their kids from practice each week, as well as purchasing gloves and baseball bats), and the player himself, because he needs to build up his confidence and work on playing better.

Make sure everyone has baseball gloves and bats and keep in contact with parents to let them know if anything more is needed. Local Little League may provide you with equipment you can share with players who don’t have everything. It’s crucial that at game time, everyone has bats and gloves.

Introduce yourself to the umpires at every game and be friendly with them. Know that many of them are also volunteers like you and that they will not call a game perfectly. Regrettably, they’re going to make mistakes, but there’s little that can be done about it. If egregious mistakes are made, though, you can file a complaint with the league to see if a call can be overturned.

The batting order is not as important as you might imagine, except for the first couple of innings. By the third or 4th inning you won’t have your power hitter batting 4th but might instead be batting 1st with no one on base to “clean up” after.

Traditionally, the batting order has been reasoned to be most effective in scoring runs in this order.

1st: The player who is the best hitter (not necessarily with power), and also the fastest runner. The objective is fo him to get on base.

2nd: A sound hitter, you rely on him to make ball contact that will either get the runner on first move to second base in scoring position by a sacrifice hit or to get a base hit.

3rd: Another player who is a sound hitter, but who also has power. He can hit to the outfield so that the runners can either advance or score runs at home plate

4th: Called the “cleanup” position in the lineup, this is the hitter who has the most power on the team. He can either hit home runs or hit with power deep in the outfield so that the runner or runners on base will score.

6th and 7th: These spots can be reserved or substitute hitting roles in your lineup, spots where you can put in a less productive player, who has an average below .225. There is not a lot of expectations from the coach for the 6th and 7th lineup spots, but they still are able to start a momentum from time to time.

8th: The worst hitter on the team, it’s a great spot to place batters who are working on improving their hitting. Since the pitcher comes to bat next, it’s a great place for a substitute hitter to come in, perhaps a player who is not in the starting lineup

9th: The pitcher. However, coaches should shuffle around their 7th, 8th and 9th hitters in their lineups, because you don’t want to stigmatize any player on the team. They are also developing and changing them around in the lineup will give them confidence that you’re counting on them to perform in a higher position.

It is often said that the real purpose of coaching baseball is to encourage confidence in young players. While true, you also want to make each player feel he is an equal contributor on the team, no worse or better than even the best players. Everyone has a role to play, and it’s up to the coach certain this happens. In the end, your real purpose is to instill a love for the game, the same love you have for it.