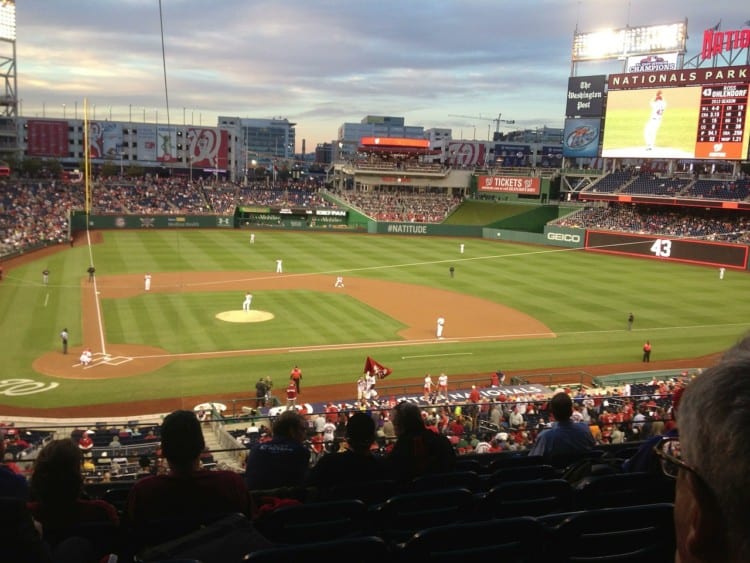 Every time I watch a MLB game, I find myself wondering if the players buy their own bats. So, I looked into it a little bit to get to the bottom of it once and for all.

Being a professional baseball player enables access to the best bats on the market in one way or another. There are several different ways MLB players get their bats, so let’s delve into the ways players acquire their bats in a little greater detail.

How Do Players Get Their Bats in the Major Leagues?

Since the baseball bat is such a vital element in the sport, it’s extremely important for teams to make sure their batters have access to the best equipment in the world. Every year, there are new models and improvements on previous models of bat, so you’re probably wondering how baseball players get their bats? There are a few key ways a player can get bats.

One of the most common methods a player acquires bats from the team they play baseball for. In several interviews with former and current MLB players, it is said players are assigned a specific number of bats based on their preferences at the start of spring training.

All the player has to do is tell their team administrator what kind of bats they want and the team will put in orders with the different manufacturers. If the bats break, players just turn in the broken bat and it will be replaced by the team, often at no cost to the player.

This is possible due to the  massive revenue streams each team brings in and the bulk rate discounts teams get bats at as opposed to paying the full manufacturer suggested retail price.

Another method MLB players get their bats is through endorsement deals with various sporting goods companies and such.

At the aforementioned spring trainings, representatives from their respective companies will come in and talk to the players and get a look and feel for what the players want out of their gear, wish lists on what they want out of future projects, and feedback on the gear they have at the moment.

If the players are well known and considered top of their game, they may even agree to sign an endorsement deal with a company to use their gear, get free gear to use in games, and even get paid to be a brand ambassador for the company.

Players Purchasing Their Own Bats

In some circumstances, players will elect to buy their own bats. Though fairly uncommon, it does happen.

Say a company releases a new type of bat but the team isn’t taking equipment orders for the time being, a player can elect to buy a bat they want to try out and see if they like it before ordering the model in bulk through the team.

Players can use whichever bat they choose to, but there are a number of specific requirements that the MLB has in place that strictly regulate the make a model of the type of bat they use, but as long as the bat meets the rules and regulations of the league.

How Much Does A MLB Bat Cost?

The cost of bat entirely depends on the make, model, and brand of the specific bat and customization options.

The average professional tier bat costs anywhere between $75-$185 per bat if the player will be paying for the bat out of pocket. If the bat is purchased at a premium through a bulk rate team discount, prices may range anywhere from $40-$60 give or take.

The materials of the bats construction are a huge factor in determining the price of the bat. Maple bats are typically a little more expensive than northern ash wood bats.

Companies like Louisville Slugger and Rawlings are considered the worlds foremost manufacturer of maple bats since the late 1990’s, so they come at varying price points depending on the quality of the maple wood the bat is made of.

Northern ash wood is a little more common in terms of availability and ease of construction, so they are more popular amongst players. The wood itself is lighter and little cheaper, so you’re more likely to see more players go with ash wood bats.

The prices of customization should be factored into the overall cost. Often MLB bats are constructed to the exact physical specifications of the player.

Options like the length, width, diameter and density of the barrel or handle, weight, etc are all taken into account when determining the cost of each individual bat, so in these circumstances, the prices of the bats can vary from moderately priced to high priced.

How many Bats Do MLB Player Use Per Season?

For redundancy sake, statistics seem to lean toward the larger, more powerful players as likely to shatter more bats per season than their counterpart, but there are always exceptions to the rule.

If a player can accurately hit the ball on the sweet spot of the bat, they’re likely break bats more often than players who don’t. Though strength is a huge factor when it comes to hitting power, they’re also more likely to swing and miss more often.

How Do MLB Players Choose A Glove?

Distributing baseball gloves to players is handled the same way the distribution of bats are to players, the team will make deals with the companies to provide gear to the player.

The more popular players will be approached by sporting good companies and pay the player to use their gloves during games for the contracted amount fo time.

Other players will be able to test out the different brands and styles of glove during spring training and select their preferences and let the team administrator know which type they liked most and the team will order the glove for the player.

How Do Minor League Players Get Their Bats?

The minor leagues function differently than major league teams do. Since the MLB generates a lot more revenue than the minor leagues, players in the latter often only get two bats or so at the start of the season and will have to replace their gear out of their own pockets when it breaks.

Though some gear is provided at no cost, it’s generally sub-par to professional grade equipment so it doesn’t tend to hold up for very long, so more often than not, players will elect to purchase their own gear in the minor leagues.

What is the Record for the Most Broken Bats in One Game?

Though most leagues don’t keep records of statistics for broken bats and it’s hard to say for sure, there are a few legends floating around for which player has broken the most bats in a game.

Cliff Pennington of the Oakland A’s is one of the most notorious, when a video of him breaking not one, but three bats in one at-bat alone.

If we’re talking about the pitcher who has thrown the most kill shots for bats, Mariano Rivera has been said to throw pitches that have killed more bats than any other pitcher in history.

The record as it stands hold true due to Riveras unique fastball cutter pitch that seems almost impossible to make proper contact with, killed more than 40 bats in the 2001 season alone.

As per an unofficially tally of bats that Rivera has broken in his career, the number stands around a staggering 700 plus broken bats due to a direct result of his inhuman pitching abilities.

If you are a nerd like me and want to convert Rivera’s wrath and wooden collateral damage into good old fashioned dollars and cents, the total cost of broken bats would land somewhere between $70,000 to $72,000 assuming the average approximate cost of each bat is around $100 or so.