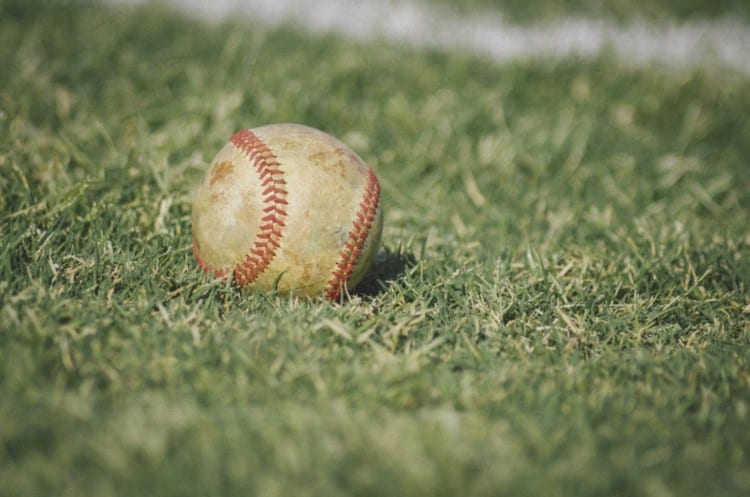 So, are weighted baseballs safe? Weighted baseballs are a safe method of arm conditioning when used properly. It is generally regarded to be safe when thrown between a distance between 6-15 feet away. Throwing farther may result in rotator cuff and arm tendon damage.

There are plenty of reasons to want to use a weighted baseball to examine its safety. Arm strength is a key component when it comes to baseball — especially at the higher level leagues.

If you’re looking to play baseball for a long time, making sure your throwing arm is healthy is an absolute necessity. Overthrowing and poor care for baseball’s most valuable tool (your arm) is reckless and can lead to serious complications to your baseball career.

To ensure that you are maintaining healthy training routines, it’s important to know how much your body can handle. Like anything, moderation is key, but when it comes to weighted ball training, this may be a different story.

You should never attempt to throw long toss or pitch from a mound when you’re using a weighted ball. This is a one way ticket to the injured reserves list.

Instead, you should practice throwing with a weighted baseball no more than 6-15 feet away. This will ensure that your arm doesn’t become strained while still increasing your arm strength. 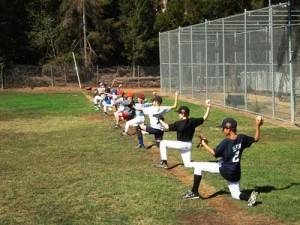 A drill that I like to use with my players, especially youth, is the standard one knee throwing drill. The idea of this drill is not to increase your distance thrown, but to develop good upper body throwing mechanics. For youth players, it’s good practice to use a lighter weight, such as 6oz to prevent injury.

Start by lining up on a baseline, with your right knee down. Have another player kneel approximately 15 feet away from the original player and practice throwing with a weighted ball.

I like this drill a lot for two reasons. (1) This drill will help ween out any bad habits developed over the course of the season as well. (2) Using a weighted ball for this low-intensity drill can help strengthen young player’s arms.

This is important to note that if the players are going to play catch with weighted balls, it’s a good idea to get a pack of different weights. Higher weighted balls may lead to injury when attempting to make the catch. You can get a good assortment of ball sizes over on Amazon by clicking HERE.

Should I Use a Weighted Baseball?

If you have ever been out to a MLB game early enough to catch the pregame warmups with the players, you may be lucky enough to catch a MLB pitcher warming up with a weighted baseball at a close distance. This type of movement is similar to taking a swing with a batting donut to increase your swing speed shortly after.

So, the short answer to this question is yes. Using a weighted baseball may increase your pitch speed and arm strength over time if trained with properly.

Which Weighted Baseball is Best?

I recommend getting this set. The reason that I recommend this is because it’s the only set I found on Amazon has a wide variety of weights and is totally affordable. I picked up a few packs of these last season and they got some good use. They’re still in great shape.

Finding a variation of weighted baseballs is beneficial because it can lead to a more versatile workout. Sometimes you’ll want to attempt to make a throw with a heavier ball at a closer distance, rather than a farther throw with a lighter ball. This leads to a gradual and steady progressive overload.

How much Weight Should I Use?

As mentioned above, it’s a good idea to generally start off lighter and work your way up in weight. The pack that I recommend has weights ranging from 6oz – 12oz.

It’s a good rule of thumb to start off lighter to avoid injury. While this may sound like common sense, you’d be surprised at how quickly ego-stricken players are to grab the heavier ball, only to find out the next morning their arm is throbbing in pain.

For best results with the weighted baseball, start off light and work your way up. Leave your ego in the dugout. There’s no room for silly injuries on the field that can be avoided. Train smarter, not harder.

How Do I Make a Weighted Baseball?

Take a few baseballs and throw them in a bucket of water overnight. The ball will become water logged and will probably weigh anywhere between 10oz – 12oz once they are completely soaked.

The only downside to doing something like this is it’s hard to get an accurate measurement of the ball weight, which makes it harder to progress with different kinds of ball weights. Although, this is undoubtedly a great alternative to someone on a strict budget.

If you get good at the timing, you may start to figure out how much time to leave the ball in water to get the perfect amount of weight added to the balls. Give it a shot! Let me know which time worked best for you. I’m always ready to save an extra $20-$30 whenever I can.

Can You Use Weighted Baseballs for Hitting?

Second, I noticed that it really helped player’s arm extension and follow-through well after the bat has left the ball.

Lastly, and most obvious was bat power. Once my players started to use weighted baseballs for a few soft toss warmups, I noticed a big difference in bat power. Wrist strength may be playing a role in this observation.

After a few tosses of soft toss with each member of the team, I had them go through again, but this time, with regular baseballs. The difference is like night and day. The next time you have the option to use weighted baseballs for hitting, give it a shot. You might surprise yourself with the results of doing it.

I wouldn’t recommend using standard weighted balls for hitting. You’ll need a contact ball, which is a little bit heavier. You can grab one on Amazon by clicking HERE.