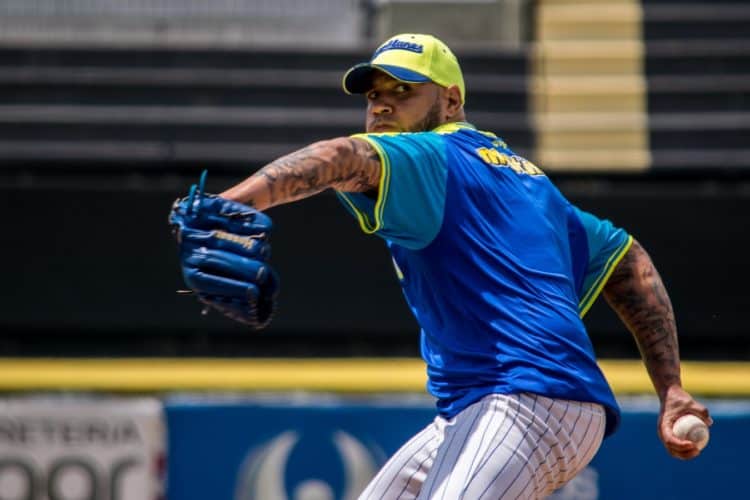 There are almost a dozen ways a batter can reach first base from home plate. The most obvious is when he walks or gets a base hit. He can also get there on a fielder’s choice or an error. Less common ways include interference by either the catcher or the umpire. Still, another is on a double play from third base to second. He can also be hit by a pitch, but there are two ways a player can be hit by the baseball, one directly by the pitcher and also when the ball bounces up from the dirt and hits him.

This means a pitcher can throw the ball to the hitter any way he wishes to., He can roll it on the ground to the hitter if he wants, but it’s likely the hitter will get on top of the ball like a golf swing and send it flying over the home run fence. So a thrown ball that bounces in the dirt and then hits the body of the batter is still considered a pitch, but it is scored as “hit by pitch” or HBP, and the batter is awarded first base.

Craig Biggio, a Hall of Fame multi-position player who played for the Houston Astros for his entire 19-year career, holds the modern record for being hit by the most pitches at 285.

It is not likely that a batter would be injured should the ball bounce off dirt or home plate and then make contact with his body. There have been occasions when the ball made contact with the eyes of the hitter, but there are other injuries a batter can sustain at the plate.

What Changes Have Been Made To Make Baseball Safer To Play?

Parents sign their kids up to play sports, including basketball, football, soccer, and baseball. They assume their children will be safe and not injured. Parents should not need to worry today, but there is always the possibility that a child can get hurt.

There have been dramatic changes in equipment over the decades. Players today, both in Little League and pro baseball, are protected better from sustaining injuries than ever before.

Here are some of the modifications made to baseball gear that not only protect the player better; they also make the game more exciting to watch and to play.

Back in the 1870s, a player was mocked for using any protection that covered his hands. In those days, a player preferred to catch fastballs with his bare hands, and those who used gloves were derided as being less manly.

By the turn of the century, balls were thrown and hit with much more speed, and the need for more protective equipment became apparent. The first baseball gloves were made of leather as they are today, but the glove covered only the pad of the hand and the lower half of the fingers. The purpose of the glove wasn’t to catch the ball, but merely to stop its motion by knocking it to the ground.

The baseball glove has greatly evolved and soon gloves were made for all players on the team to use, not just the catcher and the first baseman. Today there is superior protection for the hand with baseball gloves, greatly reducing hand and finger injuries.

Modern gloves are made from either cowhide or synthetic leather, are easy to break in and cover both hands and fingers. The glove’s “web” is the area of the glove wherein the baseball makes the most contact and the webbing is between the thumb and index finger so there is no contact. 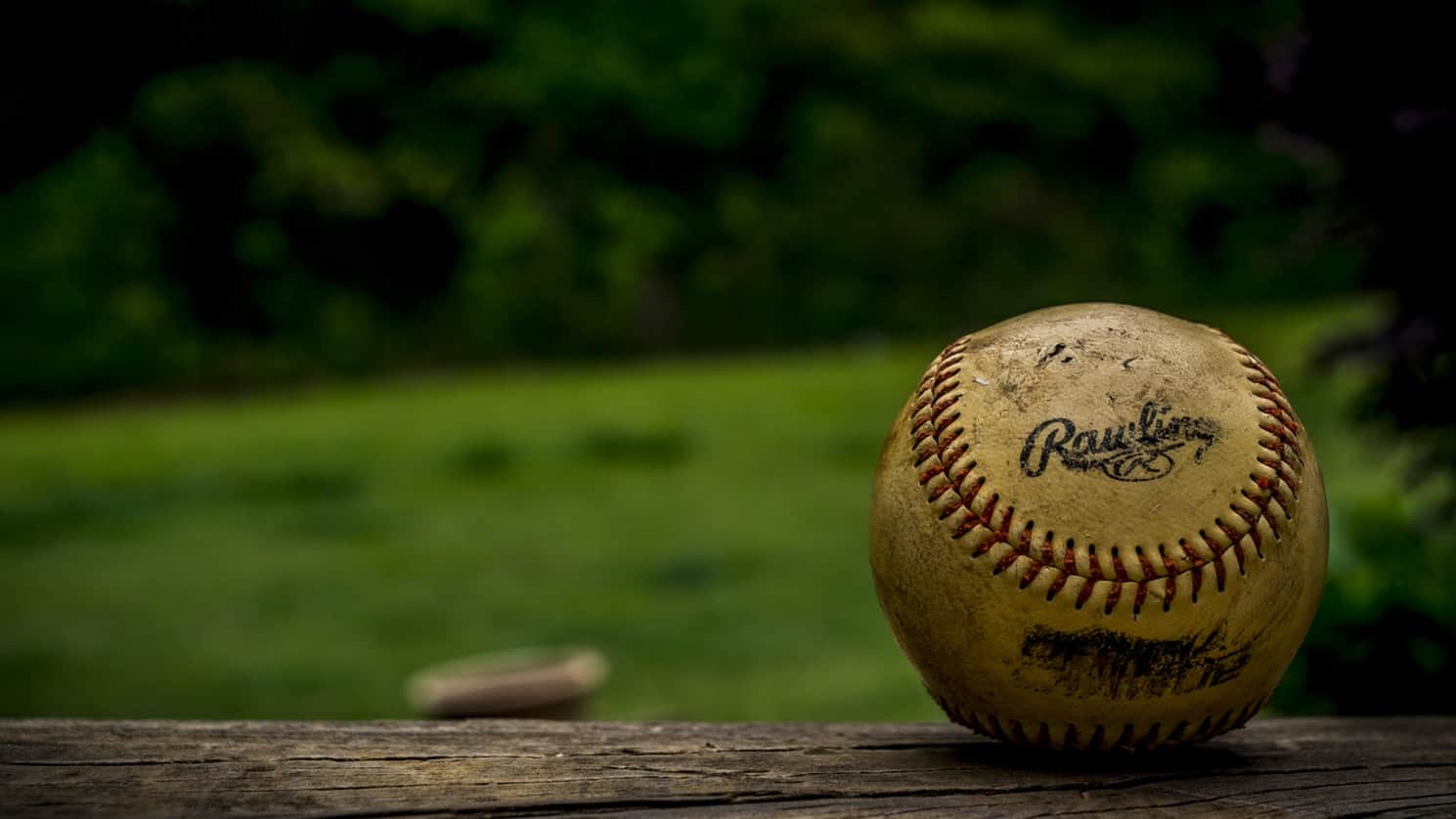 Batting helmets have gone through the most dramatic change in response to the rise in concussions and long-term injuries. But safety improvements for batting helmets came very slowly.

Even though catchers’ protection started early on (overhead throwing meant faster pitches by the turn of the 20th century), helmets still weren’t worn by batters.

In 1941, two players on the Brooklyn Dodgers, Pee Wee Reese and Joe Medwick, walked out onto the field wearing “helmets” that resembled modern baseball caps, but with a lining inside. Reese and Medwick had been injured often at the plate by stray pitches.

The team manager, Larry McPhail from then on made the whole team wear the protective caps. The trend soon spread throughout the major leagues, but the gear used was still not very protective.

By the early 1980s, players were required to wear plastic helmets with guards extending over the ear that faced the pitcher.

In 2013, the Rawlings Company produced a batting helmet that could withstand the impact of a 100 mile per hour fastball. The outer shell is made with lighter plastic, with absorbent material gripping the skull. There is also an extension  affixed to the helmet that protects the entire part of the jawline that faces the pitcher. This is the standard still used today.

How To Make The Game Of baseball Safer?

Despite changes to uniforms and protective gear for players, there are still dangerous aspects to playing a professional baseball game. Areas of concern include collisions between runners from third base and catchers, batters being hit by pitches, and stealing bases to block a fielder and prevent him from throwing the baseball.

But there are other areas of the field, and plays, that can injure runners, batters, and fielders. Here are a few of them.

Throws Down The First Base Line

When there is a runner on first base and less than two outs, batters often make sacrifice bunts to help the runner at first base advance to second base. Or batters will bunt in an attempt to get a base hit when the ball is placed out of reach of the pitcher, catcher and third baseman.

A hitter who bunts for a base hit is usually a fast runner, so fielders have to act quickly to retrieve the ball and throw it to first base.

The batter bunts the ball and runs as fast as he can to first. He never slides into first base, because he doesn’t have to stop at first base; the rules allow him to run past the base along the foul line into the outfield.

The catcher grasps the baseball and throws it at top speed to first base. Baseball’s biggest obstacle is the runner himself. All too often, runners get hit by the hardball on the back of the shoulders, causing injuries ranging from mild to severe. If the impact of the ball is so hard the batter can fall, causing broken bones and torn ligaments.

In 2005, Bubba Crosby of the Baltimore Orioles sustained a dislocated arm when Brian Roberts collided with his arm. Crosby was out for the rest of the season.

A change in the rules stating that the catcher must throw the ball the first at an angle that assures there will be no contact with the runner could prevent injuries like these.

Few injuries are worse than getting intentionally hit by the pitcher. Pitches thrown intentionally at hitters are known as “beanballs,” and they usually happen due to a grudge between a pitcher and a hitter. The pitcher believes the only way to retaliate is to throw a 95 mile per hour fastball at the batter, without regard to injuring him.

Pitchers can get away with this with just a warning by the umpire because it is hard to prove that the wild pitch that hit the batter was intentional. One player died from such a pitched ball. Shortstop Raymond Chapman was hit in the head by Yankees pitcher Carl Mays. He became unconscious and was rushed to the hospital, only to die of internal bleeding in the head 12 hours later.

It is natural for players on the batter’s team to want to retaliate against the intentional act of the opposing pitcher. Often this happens when it is the batter’s team’s turn to field. The pitcher will retaliate by throwing a beanball at a random player on the offending pitcher’s team. Brawls have broken out when this happens, and often the ball is thrown hard at the batter with the intent of injuring him.

More severe penalties should be given to a pitcher when it is clear he intentionally hit the batter. There could be multi-game suspensions in addition to fines, besides ejecting the pitcher from the game.

Sliding Into First Base

Sliding into first after the batter makes a hit is one of the more dangerous, and unnecessary, plays in baseball. It is not believed that sliding makes the runner arrive at the first base any faster than running; after all, the runner can run past the first base bag if he chooses, so he doesn’t have to slow down his momentum to the bag.

Sliding headfirst in general is dangerous. Fielders are wearing cleats designed to dig into grass and dirt. In a race to first base between the hitter, the first baseman and often the pitcher to cover, the batter’s body can be trampled on by either fielder.

Fielders are focused on the ball, and not where the runner’s body is. Not permitting sliding to the base from home plate would prevent the likelihood of the hitter being injured accidentally.