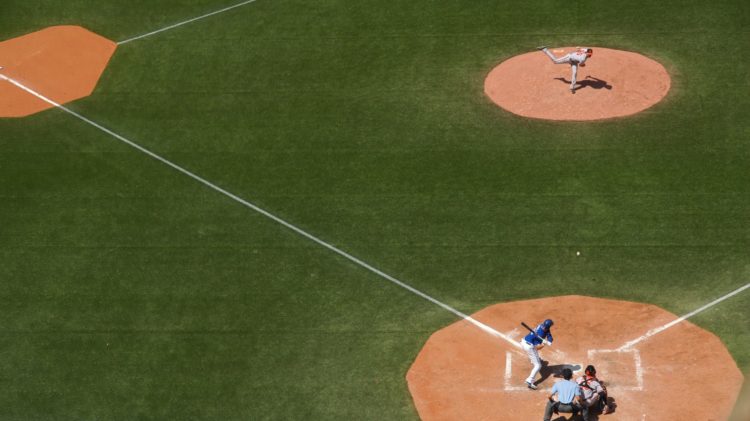 Some injuries to players occur immediately during a baseball game. An outfielder runs into the outfield fence; a batter is hit by a pitch; a runner collides with the shortstop sliding into second base. But players also sustain injuries that happen over the course of many games; the players injure their body from overuse of their bodies and wear out tendons, muscles, and ligaments until the body cannot sustain anymore, and the player is placed on the Injured List until he recovers. The player who plays this position endangers his body, and ultimately, his career.

But the real and present danger in every game that pitchers face is when a baseball hit at bullet speed is shot right back at the pitcher, smacking into his arms, leg, and even his face. Being hit by a baseball speeding towards him at over 110 miles per hour can cause severe injury, even death.

The pitcher does not wear the same protective gear the catcher does, even though, in both positions, players face high-speed fastballs shot directly at them.

Because pitching is based on form, windup, and delivery, a pitcher cannot wear protective gear even if he wanted to. However, there is consideration now for the possibility that pitchers wear a helmet similar to the one batters use to protect their heads to protect against high-speed balls.

A baseball soaring by at over 100 miles per hour is a dangerous projectile, and a pitcher standing on the mound is an easy target. Every infield ball that is hit goes to either his left or his right; if the ball’s trajectory changes by a mere 10 degrees then it’s headed right towards him.

How many times have we seen a pitcher jump out of the way when a grounder or fly ball is hit up the middle? Some of the injuries a pitcher sustains from getting hit on the foot, arm or head may not be noticed immediately. Often a pitcher will miss his next turn in the rotation since he was hit the last time he pitched in a game.

What Kind Of Arm Injuries Do Pitchers Get Treated For?

The pitcher stands on the mound 60 feet away from home plate. He reads the catcher’s sign and nods in agreement. He winds up and during his delivery, puts a strain on his elbow and shoulder joints.

Pitching is not a natural movement of the arm. If a pitcher makes 100 throws in a game, he is stressing tendons by pulling them further than they are meant to go and moving joints out of their natural sockets.

In 2019, according to statistics provided by Major League Baseball, large numbers of starting pitchers and relief pitchers were moved to either the 15 or 30-day disabled list. The injuries that caused their inclusion on the list were often the same for several pitchers.

Here is a partial list of injuries and surgeries pitchers sustained in 2019.

There are many, many more on the list. There is a secondary list of players who will be out indefinitely. Pitchers make up 50% of this list as well. 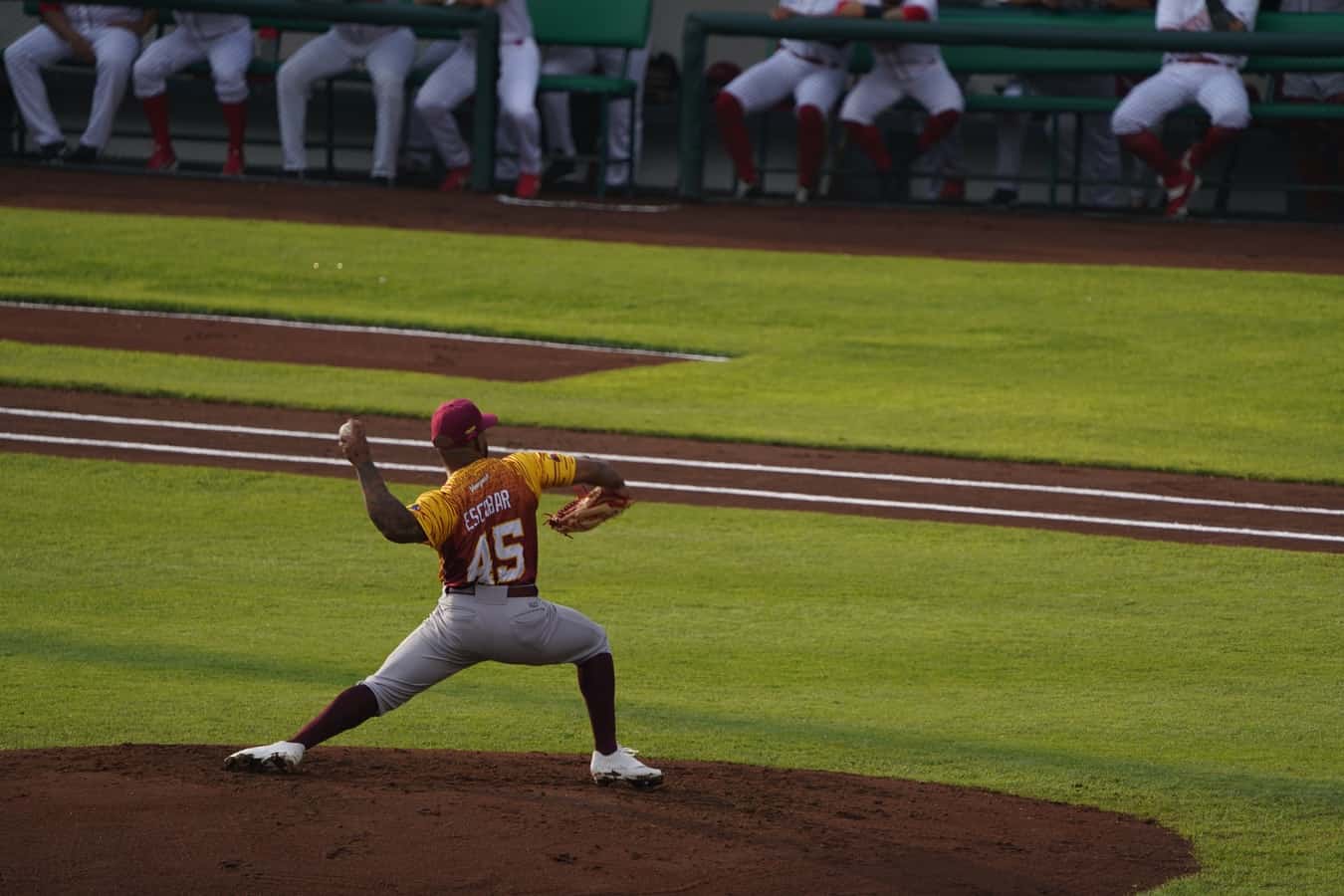 What Is Tommy John Surgery?

Tommy John was a pitcher who played for several baseball teams, including the Los Angeles Dodgers and the New York Yankees, among others. He pitched from 1963 to 1983.

John threw several types of pitches, including one known as a “sinkerball.” A sinkerball is a type of fastball that moves downward as it approaches the plate. The batter is fooled into thinking it’s a fastball coming waist-high down the middle, unaware that the ball is dropping. When hitters make contact, they tend to hit easily fielded slow speed ground balls to the infield.

In 1974, John was throwing a lot of sinkerballs which contributed to his phenomenal record of 13 wins and only 3 losses. That year, the Dodgers had also made the playoffs.

The sinkerball is one of the pitches that are not natural for the body to endure. Throwing it produces great strain on the ulnar collateral ligament, located near the inside of the elbow.

The ulnar ligament is subjected to a great deal of tension, often extreme. When injured, it causes great medial elbow pain and valgus instability which causes the arm not to fall naturally by the side of the body.

John didn’t make it to the playoffs with the rest of the team but made news in the medical field. Surgeons devised a radical new approach to surgically treat damage to the ulnar collateral ligament.

The surgery involved removing a tendon from John’s right forearm (John was a left-handed pitcher) and using it to replace the injured tendon in his elbow.

It was believed that Tommy John would never pitch again, even after the surgery. John remained sidelined and in recovery for the entire 1975 season that followed.

However, in 1976, John returned to pitching and ended with a miraculous record of 10 wins and 10 losses. The year that followed, John won 20 games.

The surgery was ever after referred to as “Tommy John surgery” and is now a common surgical procedure for pitchers, as the list of disabled players above shows.

Why Are Pitchers Prone To Elbow And Shoulder Injuries?

The act of pitching a baseball, especially in the major leagues where there is a lot at stake, is not natural for the human body to endure.

Pitching requires the arm to manufacture a great deal of torque. Torque is the force needed to cause the ball to rotate. All pitches need to be thrown with as much torque as the pitcher can muster, from sinkers, sliders, curveballs, and fastballs. There are a lot of pressure points and pitching angles the arm must sustain.

Starting over a decade ago, 65% of parents of Little league noted that their pitcher children sustained arm pain in all degrees of severity.

These injuries occurred mainly in the shoulder and the elbow.

What Are The Most Common Elbow Injuries And Shoulder Injuries Pitchers Get?

Pitching injuries can be broken down into two main areas of the body: the elbow and the shoulder of the pitching arm. The types of injuries from pitching were designated by the medical community as follows.

The rotator cuff is a grouping of muscles and tendons surrounding the shoulder joint. It acts to keep the bone of the upper arm at its head, tightly within the socket of the shoulder.

Tendinitis is an inflammation of a tendon, which is caused by the constant movement from placing the arm over the head. A pitcher’s windup, especially when there are no runners on base, requires him to lift both arms over his head. Tendinitis occurs in the pitching arm.

Pitching motion involves rotating the arm, and the rotation occurs at an abnormally fast speed, and away from the torso of the body. The ligaments in the shoulder must remain loose to rotate the arm.

Repeated rotation of the arms causes the ligaments at the back of the shoulder to lose their natural flexibility, becoming stiff, and resulting in less range of pitching motion. This decrease in motion is called GIRD, for glenohumeral internal rotation deficit. Back shoulder stiffness increases the chance a pitcher will get rotator cuff tears.

Besides the ligament injuries requiring Tommy John surgery, there are these following common elbow conditions.

When a pitcher throws a high-speed baseball, his forearm and hand “snap” to the elbow on the lateral side. The snap is known as “valgus force.” Consistent and repeated snaps wear out the cartilage in the olecranon bone, which causes the bone to twist and push into the bone of the humerus.

The symptoms are swelling and pain, and after then pitcher recovers from this strain, he can no longer use the same pitching motions he did. Retraining is required.

The olecranon is the bony part of the elbow and this part is subject to many stress fractures during a pitcher’s career. These fractures wear out of the elbow, causing slowing down in the pitcher’s movement.

How Do You Prevent Shoulder And Elbow Injuries As A Pitcher?

Pitchers, especially those in high school or Little league, need to remember that the main cause of pitching injuries is from overusing their arm. Limiting the pitch count is one of the most effective ways to prevent arm injury.

Making sure the muscles of the pitching arm, especially around the shoulder and those surrounding the elbow, are strong and muscular. Muscles protect bones, tendons, and ligaments. Better developed muscles make it less likely that an injury will occur.

In the offseason, don’t play winter baseball! Give the arm a long rest after the season ends. Working out and developing upper body strength with muscle mass is a better way to spend the winter than continuing to pitch.

Lastly, learning the right way to throw the baseball – known as pitching mechanics – can help avoid injury and allow your arm to last longer. Throwing right keeps the arm healthy.