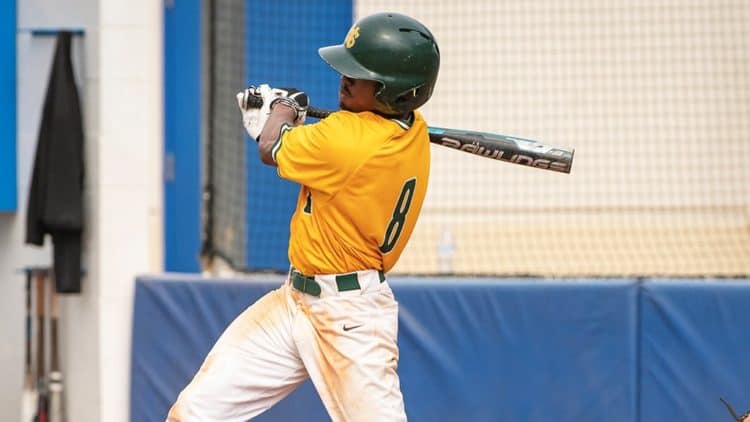 In the early days of baseball, the team captain was a player as well as captain. In addition, he took on the responsibilities that a team manager has today. One could imagine how much work the early captains did; half the game on the field, the other half in the dugout preparing positions and making the batting order, keeping track of the score, making batting and defensive changes. When it’s his turn at bat, he stops what he’s doing and heads to the plate.

Which baseball player is known as the captain?  The captain is the title a manager gives to one baseball player on the team. The team captain is often the catcher or first baseman, but there are exceptions, such as Derek Jeter, who played shortstop.  During games, the captain will build teamwork and help individual players having difficulty hitting or fielding.

Today, team captains still have a lot of things they’re responsible for, including relaying the team manager’s instructions to the team, making sure the defense knows how many outs there are in an inning, who’s on the base paths and moving the infield and outfield based on the number of outs and who is at the plate.

But more than anything, a team captain is the player who sets an example for the rest of the team. He is the one who the other players try to emulate. If a player does not follow the behavior of the team captain, then the captain will call it to the player’s attention.

How Does The Team Captain Set An Example?

Here are some of the things a team captain does to set an example for the team.

He comes to team practice on time or early

Lots of players in Little League and High School baseball are nonchalant about showing up on time for practice. The older the player is, the less reliable he is. The team captain sets an example by being on time and ready to go. The rest of the players take note of his early arrival and will usually begin to show up to practice on time.

The team Captain is respected by the rest of the team

The team captain always knows what’s going on in a game and the team goes to the captain to find out the score, to get insights into the opposing team’s players and so on.

Most of all, the team captain is respected because he’s the most dedicated player on the team, he is emotionally even,  his goal is winning every game and never giving up. The team captain will go above and beyond the call of duty to help the team win games.

If a player strikes out a lot in a game, the captain will talk to him in the dugout, find out the reasons why the player isn’t hitting the ball. He may even conduct batting practice with his teammate during the game to correct his swing.

The captain always encourages. He’s a positive force on the team, and players know they can go to him if they have a problem either at practice or during a game.

The team captain plays hard and practices hard. He’s one of the best players on the team, so players watch and listen to him and improve their own play.

The team captain is one of the most popular and well-liked players on the team. A team captain should take great pride in his accomplishment. Teams will win more games because he gives positive encouragement.

A great team captain pulls the team together when they’re behind and will suggest strategies to win the game. He is calm and collected under pressure.

If the practice is going poorly, he will assist the coach and spend more time with players who are lagging behind.

How Do Managers Choose A Team Captain?

Managers look for these qualities when choosing a team captain.

The captain must be self-possessed and mentally strong.

The captain is under the greatest pressure among the nine players on the team. If something goes wrong, the manager usually calls out the captain, not the other players. It’s the captain’s responsibility to make sure players are hitting and fielding at the 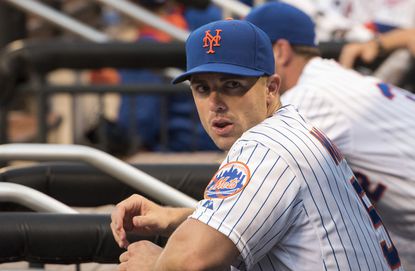 A great captain won’t be frustrated in front of his teammates when things go wrong. The manager can lash out at the players, but the team captain must offer positive encouragement, and stay calm to make sure players don’t sacrifice the game by making fielding errors or hitting poorly.

The team captain is an excellent communicator.

The team captain speaks to the team only when required to. The coaches have the first say, and the captain carries out their instructions. He is the go-between form the coaches to the player, or from the manager to the team.

He must be able to tell coaches the concerns of players concisely and clearly. His words must be to the point and be easily understood. If team captains don’t communicate well, then the coaches won’t know how to deal with a bad situation.

The players go to the team captain with hitting or fielding problems instead of coaches or the manager. The captain conveys the players’ messages to the coaches, and it is they who decide either to answer the captain directly or go to the manager to find a solution.

The team Captain has emotional discipline.

When the captain is under a lot of pressure from the manager or coaches, it can shake him up considerably. He is often blamed when things go wrong. But he doesn’t lash out at other players. Instead, he remains cool, calm and collected until the problem is solved.

Managers will not pick a player to be team captain unless he has an “even keel.” His emotions never move towards extreme anger, nor does he overreact, even when something good has happened. He remains emotionally neutral.

Once he loses control or vents his anger to the team, he will immediately sacrifice his authority over his players.

The coaches and managers, as well as the players, seem to place a lot of pressure on the team captain. That is because they do. The captain can’t emotionally respond, he must carry out his work with a quiet mind and calm demeanor. No one else on the team is required to do this, except for the team captain.

It’s a fact of life that someone with great self-confidence influences others to be the same, and it works.

Winning and self-confidence are infectious. The team sees their captain hitting a triple and driving in two runs. They watch him standing proudly at third base, brushing off the infield dirt from his uniform and standing upright.

The next player at bat will want to make a heroic play to emulate their captain. When a player asks the captain how he plays so well, a confident captain will always say that he doesn’t think about what he’s doing. He simply does it because he knows he can do it.

Displays of confidence from the team captain help the whole team play better. They see that he can play well, so they unconsciously know they can do the same.

With All The Pressure A Team Captain Has, Why Would Anyone Choose To Be One?

Inside all of us is the desire to succeed at something. It could be work or sports activity. When we play sports, we want the best we can be. We want to contribute to the team’s success.

Being a team captain is not a thankless job. The captain keeps the pressure repressed, “in his belly,” when things are going badly. However, it happens all the time in the course of a ballgame that the situation turns around, and suddenly the team is winning.

This is the time when the captain receives a great deal of credit for the win, from the players, from coaches and the manager. Captains know that the manager chose them for the job because of the great confidence they have in him. This is not only flattering to the captain; it is also a challenge: living up to the expectations of the manager.

A team captain will go out of his way to prove to the manager that the manager made the right choice in selecting him as captain. When the team is successful, from his hard work in pulling players together, the captain is flush with confidence. This confidence will help him in his life and his career choice. It will also help him to get better grades in college.

Ironically, the team captain needs as much encouragement as any other player on the team. The captain tries to justify the manager’s belief in him while the players show the captain that they can overcome their playing issues.

There is no better feeling in sports when you are celebrated as a player for outstanding contributions to the game and the season. A captain takes on the responsibility for keeping the team together and encouraging players to perform better, for the final reward of a job well done. He feels justifiable confidence in himself at the end of a winning season.

By playing the role of team captain, he prepares himself for the real challenges he’ll face in the future.  No one can deny that being a team captain builds more character than if he were just another player.