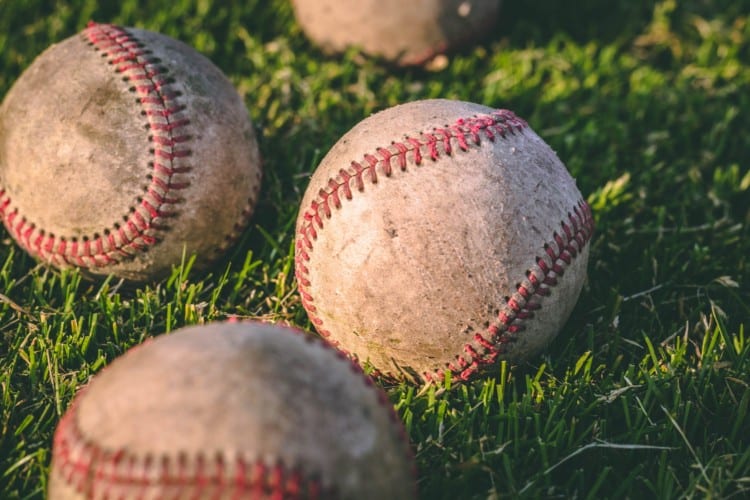 Every time a baseball hits the dirt it is quickly switched out with a sparkling, clean ball. No, it’s not because the pitchers are picky, and no, they are not taking the balls to turn around and sell them on the dark web.

So, why do they change baseballs when it hits the dirt? A scuffed up baseball has the potential of giving the pitcher an unfair advantage. The dirt may alter the baseball’s trajectory, giving it unique movement, which is a punishable offense in the MLB. Also, the death of Ray Chapman does not help.

The History Behind The Rule

On Aug. 16, 1920, the New York Yankees took on the Cleveland Indians, years before Yankee Stadium was even built. Carl Mays was pitching for the Yankees and Ray Chapman was representing the Indians at bat. Mays soiled the ball, whether in tobacco juice, dirt or something alike. Whatever it was, the ball was noted to be “grimy” and it was particularly sunny that day.

Mays threw a fastball which smacked Chapman directly in the head. Between the dirt and the sun, Chapman claimed to have never seen the ball coming. The blow resulted in a skull fracture, and later that day, Chapman’s death. If Mays threw a clean ball, Chapman might have had a better chance of seeing and hitting the ball, instead of blindly getting hit.

The death of Chapman spawned rule 3.01 of the MLB, which states, “No player shall intentionally discolor or damage the ball by rubbing it with soil, rosin, paraffin, licorice, sand-paper, emery paper or other foreign substance. PENALTY: The umpire shall demand the ball and remove the offender from the game. In addition, the offender shall be suspended automatically for ten games.”

Ten games may seem like overkill, but imagine if what happened in 1920 to Chapman happened today. Yikes.
There is also a similar rule in place, rule 4.01 which discusses the umpires duties in the case of an alternate ball. According to this rule, the umpire is required to throw the pitcher a new ball if:

Scuffing a ball can mean more than just rubbing it on the ground. Pitchers have been caught grating balls into their belt buckle and grinding them into emery boards. Firm Grip, shaving cream and pine tar are also popular ways to scuff a ball. In the old days, some teams would even buy clay or mud and cover the baseball with it.

Dirk Hayhurst talks about his own experience with scuffing as a pitcher in his essay “The Right Scuff.” In it, Hayhurst explains your glove can also be used to soil a ball. In the palm portion of your glove, where the pocket of the mitt is woven to the interior portion where your catching hand goes, there are little metal eyelets that leather strands are threaded through. These eyelets, with the help of some needle-nose pliers, can be bent up to give you a scuffing edge. You can find those needle-nose pliers in your clubhouse attendants’ glove repair kit.

Catchers are also known to help pitchers scuff their baseballs. In certain cases, a catcher may throw the ball down toward second base in the dirt after the final warm-up. Catchers don’t really do this for a pitcher on their own. Usually, a pitcher asks and the ball comes back with some sort of dirt on it. Catchers can also aggressively rub the ball into their gear to scuff it up a little bit.

Another option is to do it yourself and the most common way is by using sandpaper. That usually would include gluing a tiny piece of sandpaper, one that matches the color of your glove, in an inconspicuous spot on your glove or even your belt.

Fox Sports reports two unorthodox ways to scuff your ball. One goes something like this:
“He would take a hole puncher and punch out a tiny hole of sandpaper. He would then super glue the small circular piece to the inside of his middle finger of his non-throwing hand. When he wanted a scuff he would take his glove off and rub the ball in the ideal place, creating a perfect scuff.”

The key to a baseball and its trajectory is its roundness, which is a baseball’s most consistent property. Since baseballs are perfectly round, they travel in an uninterrupted straight line (if there aren’t any outside influences, like wind). So if you take away the baseball’s roundness, that opens a floodgate of possibilities. This is the part with scuffing and physics make sense in relation together.

Since a major-league baseball weighs anywhere between 5 and 5 ¼ ounces, it doesn’t take much to interfere with the ball’s trajectory. Therefore scuffing, which may seem like a minute change to the pitch, can actually move the ball in unusual ways.

However, sometimes scuffing isn’t always to the pitcher’s advantage. Glen Perkins, a reliever for the Twins, admitted he used to keep using ground balls earlier in his career until the ball betrayed him.

“If I got a ground ball, I would keep the ball and I would use it,” he said. “But then there was one, I was throwing to (catcher) Jose Morales and I threw — it was supposed to sink, and forever reason it cut and it went past him and over the umpire’s head. That was really probably the last time I remember using one in a game.”

Spitting, similar to scuffing, is also illegal in baseball and is considered cheating. Spitting involves rubbing the ball with vaseline, hair grease or saliva. These types of pitches usually are the first to hit the ground.

MLB Rule 6.02(c) provides a list of restrictions for pitchers. According to these prohibitions, the pitcher may not:

– touch his mouth
– spit on the ball, hand, or glove
– rub the ball on his glove or uniform (though he may rub the ball between his bare hands)
– apply “a foreign substance of any kind
– damage the ball in any way
– throw a “spit ball,” a “shine ball,” a “mud ball,” or an “emery ball”
– possess any “foreign substance”

How long does a baseball last?

Something I’ve seen asked a lot is “What happens to the baseballs that get thrown into the dirt?”

Well, I’m glad you asked. Most of the time, the ump will mark up the ball, with either a line or an “x,” to separate the good balls from the bad balls. He then puts it in his pocket, and it’s later used for batting practice. Sometimes the balls make it down to the minors, but that doesn’t seem to happen as often.

The lifetime of a baseball is not very impressive..at all. In fact, Fox Sports called eight pitches “an eternity in this day and age for a baseball.” This is because of the above-mentioned rules: the ball has been batted out of the playing field or into the spectator area, a ball has become discolored or unfit for further use, or the pitcher requests an alternate ball. Beyond being dented or dirty, if a ball lasts too long it can become slick and cause extra spins or movements in pitches.

Around four or five years ago MLB Network had a segment that said teams generally get a shipment of balls before each home game with a minimum of 144 balls per game. Twins assistant equipment manager Tim Burke said an average of eight to ten dozen balls are used each game. That’s well over a 100 balls a game, which means every ball used only lasts a few pitches each. Burk said they once used 15 to 18 dozen balls during a 15-inning game with the Milwaukee Brewers.

Scuffing, though an art to some, is not worth sitting out ten games. Yes it happens, happened and will continue to happen, but don’t be that guy that gets caught with a scuffed ball. Stick to what you know, build on that and improve. If you got it you got it, and some people just don’t.