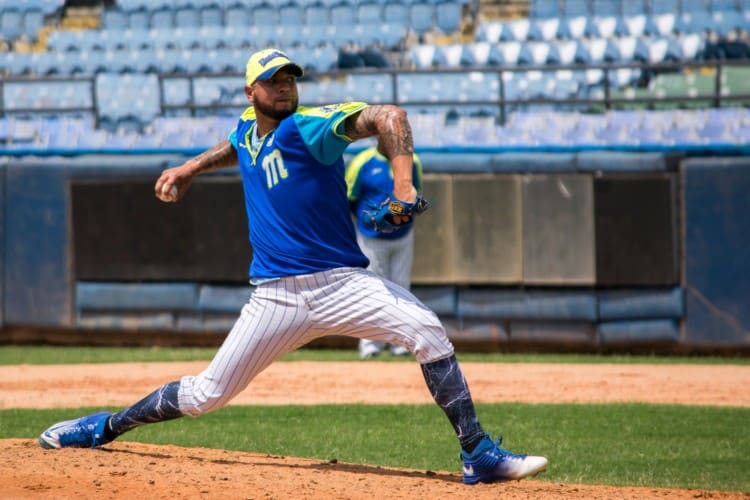 Baseball game box scores are loaded with information where game outcomes and players’ performance is recorded. A great deal of information is contained in a box score and is abbreviated, from how many strikeouts a pitcher threw to the size of the crowd in the stadium. Box scores contain statistics which hold critical information used by both fans and team owners to evaluate their players in different situations.

So what does the “K” mean in a baseball box score?  The “K” stands for strikeout.  When a batter strikes out at the plate, the official scorer records the event by placing a “K” next to the player’s name.

In the game of baseball the official scorer is appointed by the league to record the events on the field, and these events are then summarized in box scores that can be found in the Sports section of a newspaper or on a sports website. The statistics in each and every box score is recorded and sent to the league main office as a permanent record.

So why exactly is a strikeout referred to by the letter “K”? Back in 1868 as is the case today, there were two types of pitches, referred to as “balls” and“strikes”. Each batter is given three chances to hit a ball pitched inside his strike zone. The pitcher is given four chances to pitch in that batter’s strike zone (the area below that batter’s chest and above his knees).  During a hitter’s at bat, if a pitcher throws four balls outside the batter’s strike zone, the batter is given a base on balls (BB) and goes to first base, as if he had hit a single.  However, if the batter either swings and misses a pitched ball or is “caught looking” at a ball that was in his strike zone, the batter is struck out. Chadwick took the letter K in strike and used it to refer to a batter striking out.

Chadwick also developed the system to indicate fielders, and to this day are still referred to by number. Pitchers are “1”, Catchers, “2”, and the rest of the players up to nine.  The numbers go up from right to left on the baseball diamond, so the second baseman is “4” and the third baseman is “5”, while the shortstop between second and third base is denoted as “6.” The outfield players are also assigned numbers from right to left, so the right fielder is “7” and the left fielder is “9”. Such numbers are important when keeping game statistics. For example, if a batter hits a ball to the second baseman, then lobs it to the shortstop who taps the bag, then throws the ball to the first baseman before the batter reaches the base, the batter has hit into a double play. The record of this event is recorded as “DP:4-6-3”, in the box score, the numbers corresponding to the fielders in the play.

What is a Box Score?

A box score contains an incredible amount of information that is so detailed, it is almost like seeing the game live. Statistics included in every box score includes runs scored in every inning by each team, batting averages for each player, and how many innings a pitcher lasted and who was his replacement, among many, many others.  All of these statistics, like the “K” for strikeout, are abbreviated, and knowing what box score notations represent can deepen knowledge of the game and further its appreciation.

Here are some examples of abbreviations used in baseball box scores:

MajorLeague Baseball was founded 250 years ago in 1869, in Cincinnati, Ohio following the Civil War, when the first openly all-professional team was established. During its early years it was disorganized and there were fierce rivalries between leagues. Players routinely jumped from one team to another.  Today the game is a multi-billion dollar industry and statistics play a more important role than ever in such things as negotiating a player’s contract. Statistics can pinpoint with almost microscopic accuracy how well a player performs in different playing situations. Because of statistics, a well-informed talent scout knows everything from how well (or poorly) a prospective player performs on a windy day and contrasted with calm weather, areas of weakness in his strike zone, and how many times he’s sustained injuries. These statistics and dozens of other facts (in addition to number of home runs and runs batted in), show up on a player’s resume, and help determine if he could be a good addition to the team roster.

It was important in the early days of organized baseball to keep score of games, such as how many runs were scored by each team. Harry Chadwick, an English-bornAmerican sportswriter, is known for his contributions to the development of baseball as an organized sport. Chadwick is often referred to as the “Father ofBaseball” and is credited with creating box scores, and most famously for designating a strikeout by the letter, “K.” Chadwick was an early journalist who described baseball games prosaically in his writing, often comparing the action on the field as being akin to tragic opera.

Chadwick, an amateur statistician, made his most significant contribution in keeping player and game statistics. Creating a record of a baseball game and informing readers on which players had hits, struck out or drove in the most runs would become too word intensive and fill too many pages in a typical newspaper.Chadwick helped create abbreviations that represented action on the field. Many of them were common sense, such as “HR” for a home run, and “BB” for base on balls (walk). Using a scoring template originally created by M.J. Kelly, a contemporary sportswriter of Chadwick’s in New York City, Chadwick expanded the nomenclature for recording baseball games and helped create the box score format seen today in newspapers and on sports websites.

Knowing all the Stats Without Even Seeing the Game

It is amazing how much information is contained within a rectangular-shaped boxscore. Imagine looking at a box score for a game between the New York Mets and the Los Angeles Dodgers. In this imaginary game, the Mets won, scoring five runs and the Dodgers scoring four.

This is all the information you were told by a friend who saw the game the night before on television. Curious, you wanted more details and who on the Mets hit to score runs.  Going online to the NewYork Mets team website, the box score for the game is found. Looking at it, the batting order is arranged vertically, from first batter to ninth. The batting lineup on the left side is the visiting team, on the right is the home team.The Mets played at home, so their batting lineup is on the right.

Underneath the batting lineups of each team is a horizontal line score, which duplicates the scoreboard in the stadium, along with the batting lineups for the Mets andDodgers. Looking at this imaginary box score on the Mets site, it becomes apparent that the score was tied after nine innings and took twelve innings until James Findlay, third basemen, scored the Mets’ winning run. The line score shows that at the end of nine innings, the score was tied, 4-4.

Casual glances in this dense, fact-filled box reveals that Jack Smith, Steven Frost and Michael Davis were the umpires that evening. Also, 55,658 people went to the stadium and watched live, and the game lasted 4 hours and 34 minutes, longer than normal due to extra inning play.

One of your favorite batters for the Mets, Bill Simon, played that night, and you were curious how he performed. Looking at the lineup, Smith batted in the number five spot and had  5 “AB”,at-bats. It turns out Smith batted in the winning run in the twelfth inning by hitting a double that drove in the runner from second base. It is also shown that Bill Simon was hot last night, getting three hits in five times at bat, a single and two doubles. He had also batted in (RBI) three of the five runs for the Mets. One time at bat he was hit by a pitch (HBP), and also had walked to first base on a base on balls (BB).

There is also a designation for errors in the box score, and it’s seen that theDodgers committed three fielding errors, one by the second baseman, one by the catcher, and one by the right fielder. In fact, the error by the outfield resulted in the batter who Simon dove into home to reach second base in the twelfth inning.

Box scores are so full of detail that it can be read instead of listening to a sports report of the game. Designations like “K” for a strikeout, “HR” for home run and “BB” for base on balls, are some of the dozens of abbreviations in a box score. Baseball is a more a game of statistics than most other professional sports, and managers building team lineups for games take the hundreds of statistics of each player on his team in mind when determining the batting order. Appreciation for the game of baseball is deepened when  there are so much information available in an ingenious rectangular box filled with acronyms and abbreviations that tell the whole story with little or no details uncovered.